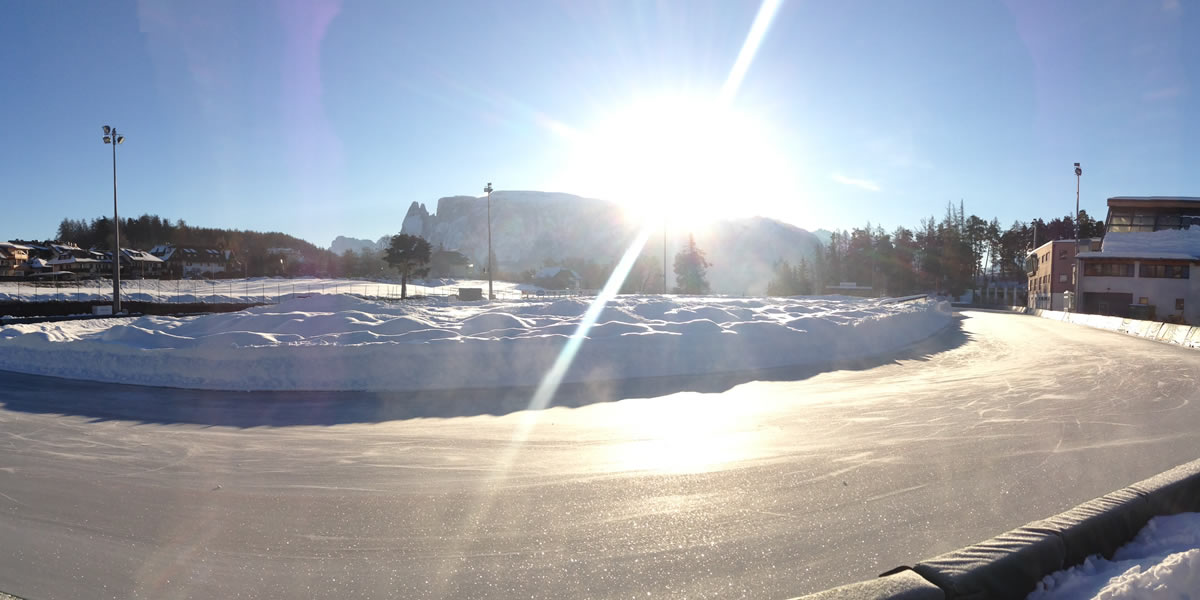 Collalbo, 28 December 2018 - It’s two weeks until the start of the Renon sporting highlight of the year: the Allround Speed Skating European Championships. Olympic champions, Olympic medal winners, World and European champions are all expected in Collalbo. Already 13 countries have registered for the prestigious competition that took place for the first time 127 years ago.
FacebookTwitterGoogle+
Slowly but surely, anticipation and excitement are rising in Collalbo. When the speed skating European Championships opening ceremony starts on 11 January at 13:00 pm, everything should run like clockwork, also during the following three days of the competition. Chair of the Organising Committee Jakob Gamper and his team have been working for one and a half years to ensure the smooth running of this sporting event. The preparations are now entering their last feverish phase.
It is not yet fully known who will be at the start in Collalbo in the end. The participating countries must submit their definitive list of athletes one week before the European Championships. Indications are that from Friday, January 11 to Sunday, January 13 everyone who is anyone in the international speed skating scene will compete on what is probably the fastest but certainly the most beautiful open-air track in the world. Starting with living legend Sven Kramer, who has nine Olympic medals (4 x gold) and who won 28 World championship titles and nine Allround Speed Skating European Championship titles.


All stories
Homepage › EC2019 › News
The European Directive 2009/136/EC (E-Privacy) regulates the use of cookies, which are used also on this site! By using our website or by clicking "OK" you agree. Further information
OK